Child custody issues are probably the most emotionally draining litigation within the family Court. However, it is extremely common to see such actions brought to Court because of the intense ramifications of parenting a child separately. When a Court is asked to resolve a custody dispute, it is charged with finding a plan that is in the best interest of the minor children. When a Court is forced to make the decision, someone will go away extremely upset because what is in the child’s best interest may not be what is in the best interest of the parent. Divorce is a very critical time in the parent-child relationship for a number of reasons. Orders of custody in a divorce or paternity case may end up defining the relationship a litigant has with their children for years to come.

Types of Custody (Legal and Residential)

In a child custody dispute, the Judge will have to make determinations of both legal and residential custody. In terms of legal custody, there are normally two choices: joint and sole. Joint legal custody means that both parents are fit and proper to be awarded decision making power regarding the children’s welfare. If joint legal custody is awarded (as is normally the case), both parents will be ordered to consult with each other when making major decisions involving their children. They will also both have access to their children’s vital information (schools, medical, etc.). If sole legal custody is awarded to one parent, that parent is vested by the Court to make decisions regarding health, education, and welfare of the children. This type of custody does not preclude the other parent for being involved with these decision, but the primary responsibility rests with the parent have sole legal custody. Access to their children’s vital information is not automatically barred if the other parent has sole legal custody.

There are suggested factors within the statute the Court may consider when making an order of child custody, however this is a non-exclusive list. A Court is required by law to enter an order of custody that is in the best interest of the child K.S.A. 23-3203.

The suggested factors include:

(a) Each parent’s role and involvement with the minor child before and after separation;

(b) the desires of the child’s parents as to custody or residency;

(c) the desires of a child of sufficient age and maturity as to the child’s custody or residency;

(e) the emotional and physical needs of the child;

(f) the interaction and interrelationship of the child with parents, siblings and any other person who may significantly affect the child’s best interests;

(i) evidence of spousal abuse, either emotional or physical;

(j) the ability of the parties to communicate, cooperate and manage parental duties;

(k) the school activity schedule of the child;

(l) the work schedule of the parties;

(m) the location of the parties’ residences and places of employment;

(n) the location of the child’s school;

(o) whether a parent is subject to the registration requirements of the Kansas offender registration act, K.S.A. 22-4901 et seq., and amendments thereto, or any similar act in any other state, or under military or federal law;

(q) whether a parent is residing with an individual who is subject to registration requirements of the Kansas offender registration act, K.S.A. 22-4901 et seq., and amendments thereto, or any similar act in any other state, or under military or federal law; and

If there is an agreement between the parties which includes the appropriate components, a presumption arises that this agreement is in the best interests of the child and it will normally be adopted by the Court. This is why Courts encourage mediation of child custody issues.

A Kansas Court will need to make certain findings before it can assume jurisdiction over a child custody matter. In order for a Court to be sure that a parent is not judge-shopping, a person seeking a Court to issue custody orders must allege that there is no other Court asserting authority over this child. For example, if your divorce was in Leavenworth County and custody orders arose from that action, you cannot run to Johnson County for a modification unless Leavenworth relents its jurisdiction. The same is normally true if orders of custody exist in Missouri, yet a parent now lives in Kansas. If your child has not lived within Kansas for at least six months, Kansas may not be the child’s home state and a Kansas Court may not wish to assert jurisdiction over the matter outside of a true emergency. More can be read about child custody jurisdiction and the U.C.C.J.E.A. at the following link: https://kslegislature.org/li_2014/b2013_14/statute/023_000_0000_chapter/023_037_0000_article/

Emergency orders modifying a final order of custody may be obtained under special circumstances. These are typically sought when a party believes that the child in facing an immediate threat to their welfare, or if there is a reasonable belief that the child might be moved from the state without Court approval. Emergency orders without the opposing party present are difficult to obtain, and the Judge will require sworn testimony establishing a prima facie case that an emergency exists before the modified order is given. K.S.A. 23-3219.

for the calculation of child support. The Court is obliged to issue an order of support in every case. The calculation of child support involves an exhaustive list of factors that you can read from the guidelines, but a general baseline amount can be derived from the child support calculator found at the bottom of this page. This calculator will only give you a guide, and you should probably consult an attorney if you want a truly accurate estimate of what should be ordered as support.

Unless there is a special agreement, Child Support will normally end when the child reaches the age of majority. If you’re looking for some help from the other parent with sending your child to college, you’d better have a specific agreement drawn up to cover this expense during the actual divorce proceedings. The Kansas Child Support Guidelines do not provide for it automatically.

Courts will normally order that all payments of support go through the Kansas Payment Center. This is done so there is an accurate record of when payments are made, and for how much. If a parent falls behind in payments the Court may choose to hold that party in contempt of Court, sometimes punishable by serving time in jail. You can track payment information at the Kansas payment Center website. 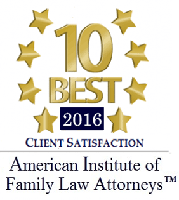